​Binaural beats vs Isochronic tones vs Monaural Beats - Which is better? 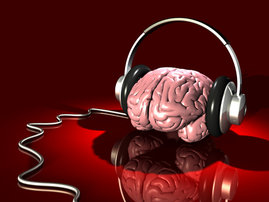 So now that you are breaking into the brainwave entrainment scene, you may be unsure what all the hype is about. Like what are the differences between binaural beats, isochronic tones and monaural beats? (We just have to include monaural beats!)

Is there any difference, are they the same or is one better than the other?

All things considered there are so many forms of brainwave entrainment around today. So for now, we will only focus our attention on the more popular types that are the easiest to find, download and enjoy today! These are binaural beats, isochronic tones and monaural beats. Now in order to get a good feel for what works best for you, I would suggest trying out as many as you can, whether you are new to brainwave entrainment or not. I'm going to tell you the differences between each type and try to point you in the right direction, hopefully saving you wasting your precious time and hard earned money on recordings that simply do not suit you.

What are Binaural Beats?

Binaural Beats have been around for quite a while now and are probably the most common form of brainwave entrainment, they have been tested to great extent. Although Binaural Beats were discovered in 1839, it wasn't until 1973 that they were fully researched and developed by Gerald Oster. They didn't really take off until he wrote the book called "Auditory Beats in the Brain" after which he became a neurological phenomenon and Binaural Beats became so popular.
​
Binaural Beats are a tried, tested and trusted way of entraining the brain that anyone can enjoy. They are easily accessible and are most likely one of the cheapest types of brainwave entrainment. All that is needed is a modern day device to access the internet to download them and some stereo headphones or earphones to listen to them.
Basically they are just a recording of two different pulsating electronic tones that are played at different frequencies (called hertz) through each ear. The brain then processes these two tones and synchronizes up to the difference.

Due to the differing frequencies sent to each ear, it is therefore extremely important that these are listened to with stereo headphones or earphones. They don't have to be any special or expensive earphones/headphones, in fact I use my mobile phone earphones.

​In general Binaural beats are great and there are so many of them to choose form covering just about everything, but for some people they can be quite uncomfortable to listen to and give an uneasy feeling, may'be even a headache. If you find Binaural Beats are making you uncomfortable, then stop listening to them and try something else. At the end of the day this is supposed to be a relaxing and meditative experience!

What are Isochronic Tones?

Isochronic tones are the newest of the three and are used by a lot of people that declare they are the best and create the best results. The difference being that isochronic tones are very similar to metronome or drum beat sounds, they are just singular separate pulses of a single tone. This creates a booming contrasting beat of sound and silence which has a much greater effect within the brain. Because the sound is emitted at such regular intervals the part of the brain called the thalamus is excited and this in turn entrains the brain waves to the beating pattern being played.

Isochronic tones and monaural beats are very much alike when it comes to their effects and use. Both can be listened to without headphones/earphones and both can't be generated below the 4 hertz brain wave range.
​
A lot of people say that isochronic tones are easier to listen to and are good on the ears. The way isochronic tones speed up and the accuracy of the rhythmic pattern makes them better for some people. Also due to the fact that you only hear one tone in both ears makes them very effective at stimulating the thalamus, which is located right above the brain stem in the centre of the brain.

What are Monaural Beats?

So as a listener of monaural tones, this is great as you do not need to listen with headphones/earphones to obtain the full effect. Simply play the recordings over speakers and you will never have any need to worry over the dangers of headphones/earphones if you fall asleep while listening in bed. Another great thing is your whole body can pick up on these vibrations, rather than just feeling the effect through the aural senses. This way, your whole body and all your senses have the potential to come into contact with these positive vibrations. The only thing to watch out for is to make sure that you are in a place free from distractions and outside noises. This also helps when you want to share the experience with a group or if you want to listen to them while carrying out light physical activities such as yoga. There is nothing quite like listening to some monaural beats while practicing yoga in a truly peaceful and relaxed state of mind.
​
The results for Monaural beats may not be quite as strong simply because the two tones are already combined. And part of the binaural beats process is that the brain has to do a little bit of a workout in order to differentiate the difference between the two frequencies on either side of the brain. Monaural beats are also a little harsher on the ears, which is why you will often hear a lot of extra music or background noises and effects playing over the top of them. Although this makes listening to them a lot easier, it decreases their effectiveness with regard to results. One of the main disadvantages of monaural beats is the inability to entrain to the lower frequencies below 4 hertz. This puts the whole delta brainwave range out of reach, so states such as deep, dreamless sleep and deepest meditation are unattainable with monaural beats.

It really is an individual choice and personal preference when it comes to deciding which of these three brainwave entrainment types to choose from. We are all different and experience things in different ways.

For me personally, I prefer Isochronic tones. They seem to have a much more profound effect on me. In general they work a lot better for most people and that is simply because the brain doesn't have to work as hard with them. But the best way to find out what works best for you is to just try each of them out and see what suits you and what doesn't!
​
​Check out the Unexplainable store to find your brainwave entrainment mp3 today!
​
​*I do get paid commissions from my affiliation with the binaural beats companies listed on this website, however i only recommend products from affiliates that i use, know and trust and offer them to you as a useful resource*